Crewed Space Flight: Where are humans going next?… And Soon

The phrasing of this question, “Where are humans going next” is more important than you might think. The question is not, “Where are we sending a spacecraft to next?” It is, “Where are we going next?” A human being. A man or a woman. An individual. Someone who thinks and feels and dreams and gets scared and cold and hot and needs to eat and… well, you know, someone like us.

We want a real person who can tell us what it is like to be weightless or to see whole of the planet in a single view.  Or what it feels like to stand on an alien world, with their words and feelings and poetry. A mortal who can tell us if they were anxious or excited or some mixture of both. One to tell us who they missed most and what food they craved during the journey. Something that a machine can’t begin to relay.

I’ve been to several rocket launches in person and they all look cool, but it makes a big difference to the tension, to the excitement, to the gravity of the launch when you know there are real, brave, precious and vulnerable humans on top of that candle.

Do you want real interest in the space program? Do you want four billion eyes watching that launch? Do you want a traffic jam you can see from space along Florida’s Space Coastline? Do you want funding forever? Then strap people to that rocket.

Don’t tell congress, but it is much more efficient to send robotic probes into space and onto moons and planets than people. People take up space, add weight, need all kinds of help staying alive in space that robotics do not. Also, robotics are much more efficient gatherers of scientific data. But put a news report out that the latest un-manned Martian probe just accidentally skipped off Mars’ atmosphere and into interstellar space, and only us astro-geeks will care – and even then just a little. Make it known that the latest un-crewed lunar explorer was unable to fire it’s rockets to slow down as it approached the moon’s surface and exploded on impact, and you’ll get the same shoulder-shrug of a reaction. But add a human being to one of those scenarios, and the world drops everything and pays attention.

While the people of the United States are explorers at heart, the space program tends to crawl along slowly unless we have someone to compete with. It was the Russians who motivated us to put satellites in orbit, then humans and eventually race them to the moon. The Russians are heavy-hitters in the crewed space exploration game, but the U.S. and Russia are not pushing each other to greater space achievement in this era.

So what’s next? Specifically, and not 20 years from now?

Now that NASA is not the only source of crewed spaceflight it can be very hard to keep track of what’s next. While in the U.S., NASA and SpaceX have currently sent crewed spacecraft into orbit, there are a host of other companies right on the verge of doing it; organizations not even space agencies, just focusing on private spaceflight and making money. I’m as excited as you are about private individuals going, but I think the likelihood of accidents is going to spike with all these players in the game.

All these things below are likely in the next 5 years:

Over the next 10 years more people will likely go into space than in all the years of human history combined. Will you be one of them? 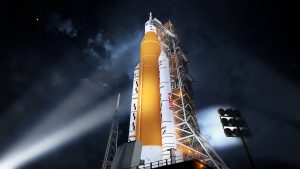 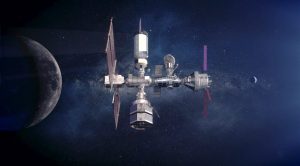